Dubbed “a troubadour of life” by the Walnut Valley Festival, veteran singer/songwriter and champion guitarist Andy May infuses his songwriting and his shows with his trademark creativity, humor, and consummate musicianship. His music embraces styles from blues to bluegrass, old-time country to contemporary folk, traditional reels to roots-rock.

Andy started performing seriously in his teens, immersed in and part of the ‘60’s Folk Revival in New York’s Greenwich Village. He had his first concert as a songwriter at Izzy Young‘s Folklore Center in New York City in 1970. Izzy had given Bob Dylan his first concert there, too (in 1961)–not a bad way to start a career! Andy soon became a mainstay of the major folk and bluegrass venues in the city, including the Folklore Center and WBAI-FM. During that time, he also performed at Carnegie Hall, worked with Brill Building songwriter and producer, Artie Resnick (Under the Boardwalk, Good Lovin’), and appeared with Jerry Jeff Walker, Pete Seeger, Janis Ian, and many others, making a name for himself as an up-and-coming musician and songwriter.

Moving to New England in 1970, Andy earned a following there as a folk-
and country-rock original. With subsequent moves to Colorado and then to
Nashville, his reputation has grown to include his extensive work as a producer and an educator. For many years, he has been an annual performer and educator at Walnut Valley Festival and MerleFest and a regular workshop presenter at the Country Music Hall of Fame and Museum. Andy’s desire to mentor young musicians led him to create his beloved Acoustic Kids
Showcases, and through these non-competitive events, he has provided
performance opportunities for many hundreds of young musicians at major
music festivals over the course of nearly three decades. Andy also
started, runs, and produces for the IBMA Award-winning record label and
production company, Swift River Music.

Rodney Crowell (born August 7, 1950) is an American musician, known primarily for his work as a singer and songwriter in country music. Crowell has had five number 1 singles on Hot Country Songs, all from his 1988 album Diamonds & Dirt. He has also written songs and produced for other artists. He was influenced by songwriters Guy Clark and Townes Van Zandt. Crowell played guitar and sang for three years in Emmylou Harris’ “Hot Band”. END_OF_DOCUMENT_TOKEN_TO_BE_REPLACED 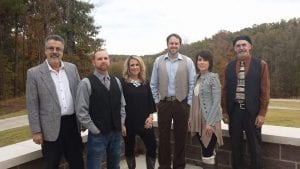 The Lockhouse Orchestra was formed by Danny Dozier to perform a series of monthly concerts that lasted about two years, and each month the band would do a tribute to a different artist. Some of the artists covered included The Beatles, The Rolling Stones, Creedence, Fleetwood Mac, Elton John, Eric Clapton, Bonnie Raitt, Sheryl Crow, artists from the Motown era and more.

Although the diversity of experience of the musicians is what makes this band special, the members of Lockhouse have two very important things in common: the love of music and the love and appreciate of the Ozarks. Each of the members had their own music career before returning home. These musicians’ experience pulls from country, rock, blues, gospel, folk, and heavy metal. The band members include John Parks, Jason Moser and Danny Dozier, all from Batesville. Parks plays guitar and sings, Moser plays drums, and Dozier plays guitar and sings. Sarah Jo Roark of Melbourne sings and plays percussion; Penny Wolfe of Evening Shade sings and plays percussion; and Jerry Bone of Oxford plays bass. 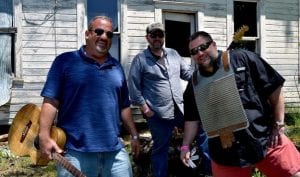 The Arkansas Brothers music has sprouted from the heavy influences of gospel, blues, rockabilly and country, much like the cotton that bursts from the rich Arkansas delta soil they were raised on. 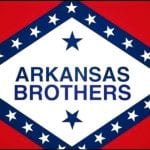 They credit some of their major influences on Muddy Waters, Howling Wolf, James Cotton, Albert Collins and Al Green as well as Telecasters, fine tune amps, BBQ, and redneck soul.

This CD has captured the essence and the flavor of the Delta and it’s music. It will make you want to get up and shake a tail feather, or maybe just grab a cold one and kick with your friends.

“A Blast from the Past”

There are some names you never forget. Names like Narvel Felts, Felton
Jarvis, Elvis Presley…Good Southern names for self-styled boys that made
some of rock-n-roll’s great wild records. Such a name and such a man is
Travis Wammack. Born in Walnut, Mississippi, he began his professional
music career when he wrote and recorded his first record at the tender age of eleven, and also became the youngest member ever voted into the musicians union. END_OF_DOCUMENT_TOKEN_TO_BE_REPLACED

Drummer WS “Fluke” Holland is known around the world as a true pioneer of American Rockabilly, Country, Folk, and Rock & Roll. His driving “train like” rhythms and innovative rockabilly shuffles are distinctively present on numerous iconic hit recordngs including some of Rock & Roll’s original anthems such as Blue Suede Shoes, Matchbox, and Honey Don’t by Carl Perkins, Folsom Prison Blues, Ring of Fire, I Walk the Line, Sunday Morning Coming Down, Boy Named Sue and dozens of other legendary recordings by Johnny Cash & The Tennessee 3. END_OF_DOCUMENT_TOKEN_TO_BE_REPLACED

Founded in 1996 by brothers Luther (guitar and vocals) and Cody Dickinson (drums, piano, synth bass, programming and vocals), the now venerable band are entering their third decade with perhaps the most vital album of their career. Recorded in studios across America during North Mississippi Allstars’ 2016 tour, PRAYER FOR PEACE sees the Dickinsons weaving their bred-to-the-bone musical sensibility with unstoppable energy, rhythmic reinvention, and a potent message of positivity, family, and hope. END_OF_DOCUMENT_TOKEN_TO_BE_REPLACED

Larry McCray’s heart and soul are in the blues. Of that, there’s no question. It’s been 25 years — award-winning ones at that — of scalding-hot and tasteful blues from the Arkansas-born, Michigan-based singer, guitarist, bandleader, songwriter and heir apparent to a lineage that includes personal influences and heroes such as B.B. King, Freddie King, Albert King, all of whom he’s had the chance to meet and play with. END_OF_DOCUMENT_TOKEN_TO_BE_REPLACED