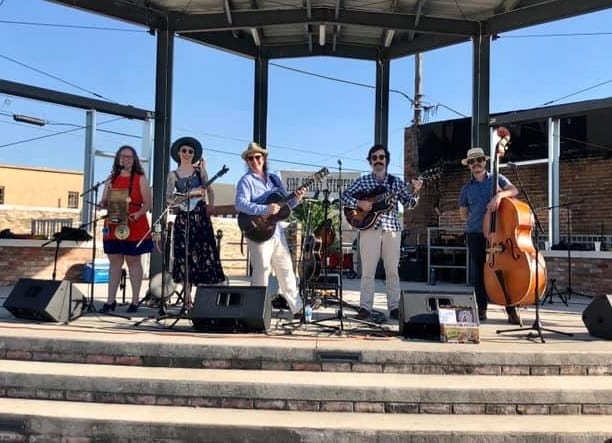 Christian Stanfield and Miss Vera Victoria founded the Side Street Steppers in June of 2009. What began as a simple duo of musicians unearthing material from the Golden Age of American gramaphone recording has grown into a full-blown Memphis institution.

The Steppers have to date played over 1000 shows and released four full length studio recordings. Notable booking include the National Jug Band Jubilee in Louisville, Kentucky (September 2015), headlining the International Banjo Rally in Eureka Springs, Arkansas (September 2014), and an appearance at the American Banjo Museum in Oklahoma City (June 2016).

On the home front, the Side Street Steppers have played the Memphis Music & Heritage Festival, Delta Fair & Music Fest, Cooper Young Festival, Rock For Love, River Arts Fest, Shelby Farms Down to Earth Festival, Indie Memphis Film Festival, Pinetop Perkins Homecoming Festival and the Juke Joint Festival. The band can be found every Wednesday during the warm months on the patio at Center BBQ on Central in Midtown – come on out one day and see what all the buzz is about!