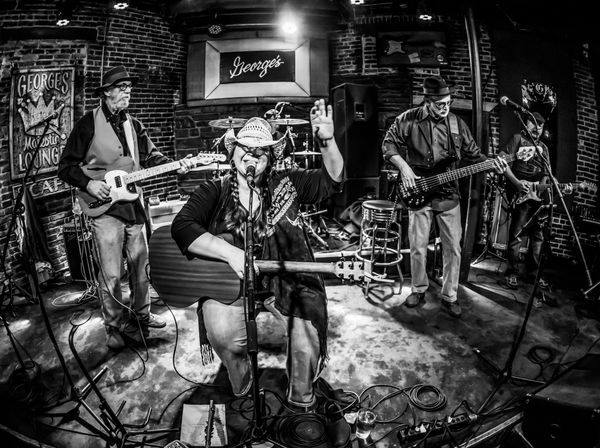 Brick Fields began in 2007 when Larry Brick and Rachel Fields met, married, and began playing music together in the tourist town of Eureka Springs, Arkansas. Over the years, Brick Fields has won multiple awards for their music.

Since 2012, Brick Fields has hosted Northwest Arkansas’ longest running weekly live music event. It takes place every Wednesday night at Morano’s in Fayetteville. Due to the soul-soothing nature of the event, music lovers who first attended began calling it their “church,” while other fans called it their “therapy.” Soon, Brick Fields Blues Therapy was born, which recently won The Ozark Blues Society Blues Challenge and went on to represent Northwest Arkansas at the International Blues Competition in Memphis. There, in a field of over 260 performers, they advanced to the semi-finals and, as some say, put them in the top 40 of the best blues bands in the world! They’ve also won folk, songwriting, and regional music awards.